The West Virginia Mountaineers may be ranked outsite the top-10 in both the AP and coaches’ polls, but they’re still among the favorites to win, despite the fact they’re moving into the Big 12. Head coach Dana Holgorsen looks to lead his team to the promised land, as he is more familiar than usual with his new conference rivals. 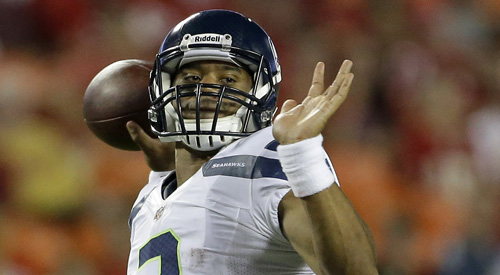 Russell Wilson is trying to redefine what it means to be an NFL quarterback. While the league maintains its belief that QBs under six feet aren’t able to see all the open receivers, Wilson – at 5’11” – has shown that he’s more than capable of completing a pass. His stellar numbers in the Big Ten prove it, but is that enough to land him a starting job in the only football league that matters?

Your name is Terrell Owens 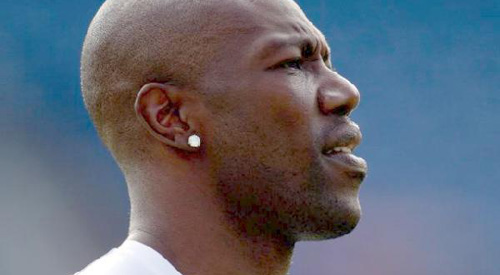 How the NFL sells off the field 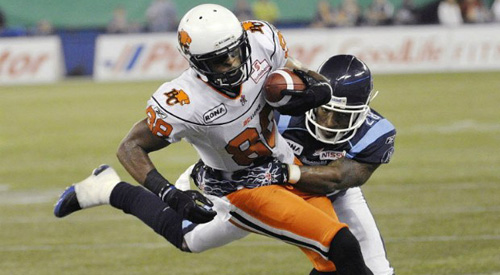 When it comes to selling the on-field product, the NFL has a lot of work to do in promoting off-the-field content as well. From recruitment to public relations to management to fan events, there’s a lot of work to be done to make sure the stands stay packed and the teams keep winning. Andrew Bucholtz explains.

The benefit of signing Clemens for the Sugar Land Skeeters 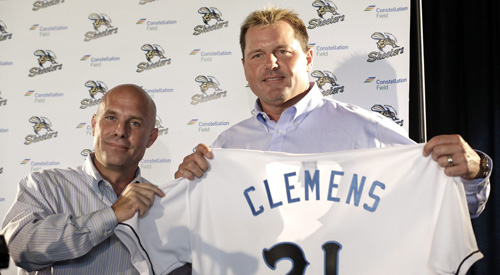 Had Roger Clemens not signed with them earlier this week, you likely wouldn’t know who the Sugar Land Skeeters are. Instead, this Saturday night, they may well steal headlines from MLB games when the Rocket takes off as a 50-year-old. Amidst the wild speculation as to Clemens’ motives, it’s also fair to wonder what’s in it for the Skeeters.

The Return of the Broad Street Bullies 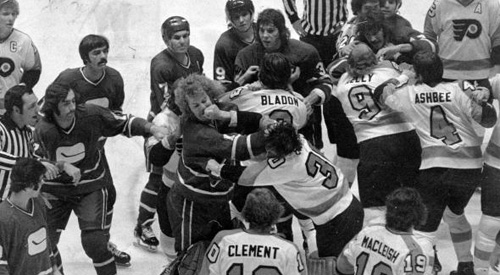 In Canadian hockey, the year 1972 has become synonymous with the famous Summit Series and by extension, Paul Henderson, who scored the series-clinching goal. Tensions were high between Canada and Russia off the ice during the Cold War era, but something as equally polarizing as politics began to manifest itself on the ice back in […] 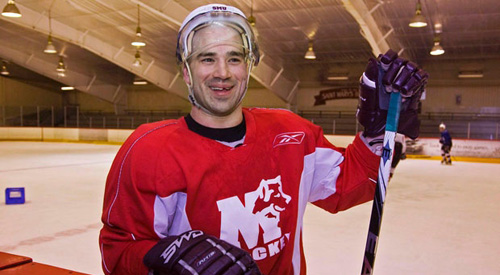 A true comeback story if there ever was one, the legacy of Mike Danton is nothing if not shocking. After spending time in prison for conspiracy to commit murder, Danton’s on the road back to the NHL and has encountered numerous roadblocks along the way. Even if his journey does fall short of hockey’s premiere league, you can be sure that his name will be heard and remembered for a long time to come. 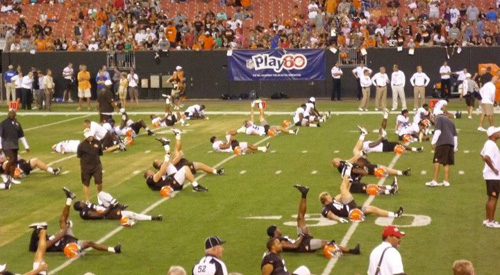 Recently, The Good Point’s Eric Rosenhek had a chance to attend a free Cleveland Browns practice as part of a multi-city sports road trip. As his first foray into the world of the National Football League, he was immersed in a land of brown and orange. It was an eye-opening first in-person experience with the NFL.