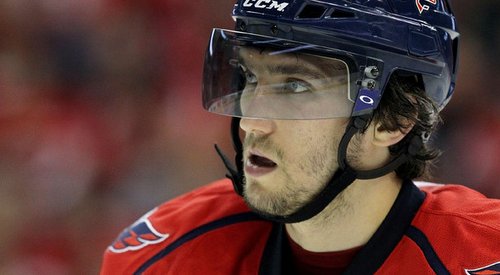 This is going to be a crucial season for Washington Capitals captain Alex Ovechkin, the reigning Hart Trophy winner who once again held the hottest stick in the league last year and once again suffered through major playoff disappointment.

The past few seasons have been heavily scrutinized for the winger; in 2010-11 then-coach Bruce Boudreau tried to stop the run-and-gun approach that made the Caps the most exciting team in the NHL in favor of a defensive approach, but the main focus in the U.S. capital wasn’t a third consecutive 100-point season, but rather Ovechkin’s 32 goals after averaging just under 54 the first five seasons of his career. In 2011-12 he only managed 65 points in 78 games and Washington barely squeaked into the playoffs. Last year he finally regained his scoring touch with 23 goals and 36 points in the final 23 games of the season, but produced just two points in a seven-game loss to the New York Rangers in which they failed to score a single goal in the last two games.

But he’s determined to win this year, both in the NHL and at the Olympics in Sochi after suffering an embarrassing 7-3 defeat to Canada in the quarterfinal in Vancouver in 2010 that he still has trouble thinking about.

The criticisms are going to start immediately for him. If he’s scoring but the Capitals don’t get wins early, they’re going to say he’s not leading the team properly. If he plays a team game but doesn’t produce, he’ll still face criticism for no longer being the best scorer in the league. Though no longer concerned with leading a full-steam-ahead charge up the ice according to an interview with Puck Daddy, he’s happy with the team and coach Adam Oates and doesn’t foresee any problems in the upcoming year.

Almost halfway through his groundbreaking 13-year, $124 million contract that began in 2008-09, Ovechkin is happy with his performance so far, but understands it’s time to win.

“But the time right now is to concentrate on winning with the team, winning the most important trophy a team can win – the Stanley Cup. That’s the goal for the second half,” he told Dmitry Chesnokov.

Maybe it’s no coincidence his two worse regular seasons were followed by trips to the second out of the playoffs. Now he just needs to find the balance between individual and team success.

The Capitals have won just three playoff series since the 2004-05 lockout and have never been past the second round, losing in Game 7 twice, at home to Pittsburgh in 2009 and in New York against the Rangers in 2012 while the Tampa Bay Lightning, who have made the playoffs just once since 2007, swept them in 2011.

Critics, writers and fantasy players alike are going to be on him if he doesn’t produce, but odds are he’s not going to care. We know he can be the best scorer and most dynamic player in the league, he’s proven that most of his career. Now it’s time to prove he can be a true leader and drag the rest of the Caps deep through the playoffs. The past two years were a struggle for the Capitals just to make the playoffs and they no longer have the benefit of playing in the weakest division in the NHL.

No longer the de facto No. 1 team in the division, they now have to compete against the Pittsburgh Penguins and New York Rangers, two of the top teams in the Eastern Conference, the rising New York Islanders and Columbus Blue Jackets and the Philadelphia Flyers and New Jersey Devils who each have the potential to be a prime playoff contender any given year despite their struggles last season. It’s going to be a grind for sure and Ovechkin is ready to prove he and the Caps are up to the task.

“You must prove that you deserve to be where you are every game. The proof is not offered with words, but with action,” Ovechkin said of the new Metropolitan Division.

It’s all about winning for Ovechkin this year and he knows this. His performance in the regular season means nothing as long as they reach the postseason. That’s when the true test begins. His performance at Sochi will be a strong indicator of how he will fare in the playoffs and you can bet he’ll be revved up for that tournament on his home soil.

If the rest of the Capitals are able to follow his lead and the bounces finally start going their way, Ovechkin may finally lead Washington to become the powerhouse many have expected them to be for years. That’s the true test and the only one that will define him from this point in his career forward.