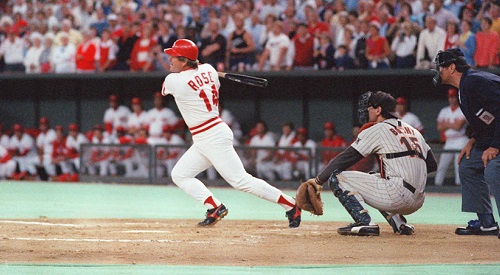 The Adage that Didn’t Add Up

There is a popular saying that goes a little like this:

Baseball’s the only avenue in life in which you can fail 70 percent of the time and still be considered a success.

Makes sense to you? Agree with the sentiment?

The batter may be failing more times than not, but the pitcher who succeeds in dispatching only the opposition seven out of 10 times is going to get run out of the league in a hurry.

In fact, when you consider that BABIP places its normal percentage around .275, a pitcher had better hope to be extraordinarily lucky or dominant in order to succeed more than 70 percent of the time.

For every single batter who is shaking off his 0-for-2 and 0-for-3 start to a game with the inward motivation to make something of his next at-bat, there is a pitcher realizing how slim a tightrope he has to walk in order to keep his team competitive.

Even where the batter is concerned…

2. It ignores baserunning and defense.

Hitting is only a percentage of the game. A batter is excused for failing far more than 70 percent of the time as long as he helps his team in other ways, thanks to running the bases and playing high-quality defense. For a catcher or a shortstop specifically, upper-echelon defense trumps offense more often than not.

Let’s turn our attention back to hitting, though.

You know what the adage forgets?

The successful batsman reaches base around four times out of every 10 plate appearances. A .350 to .380 OBA? Sure, that’ll work just fine. .300? Something’s amiss – either the batter can’t hit, or he hasn’t honed the proper plate discipline to earn a walk every now and then.

It’s a rare and unwanted player who equates coaxing a walk with failure.

4. Not every out is a failure, either.

Some drive in runs, others advance teammates 90 feet closer to scoring, and a select few come at the end of prolonged at-bats that tax the opposition’s hurler.

Hitters are also plagued by sterling defensive plays and missed calls by the umpire, turning a certain 1-for-1 into 0-fer. Quite often, each at-bat’s result rests in the eye of the beholder.

There is the negative angle the other way, as well – those batters who collect purely cosmetic hits, prettying their stats without doing anything to help their team win. (Dave Kingman, how are you, sir?)

And outside the white lines…

5. Quality of success amid a quantity of failure isn’t limited to baseball.

Or consider a movie star’s output. A slew of bombs is easily balanced out by one box office hit. “After Earth” crashed for Will Smith; “The Lone Ranger” turned into a dud for Johnny Depp. But Steve Carrell was in an enormous movie slump (“The Incredible Burt Wonderstone”, anyone?) before finding success recently with “Despicable Me 2.” Robert Downey, Jr., was down and out before coming up surprisingly clutch in “Kiss Kiss Bang Bang” and belting a home run with the “Iron Man” franchise.

Music artists are the same way. Their latest album might have 12 tracks, nine of them forgettable, but if Track 1, 2, and 4 capture radio air play and jump up the charts, they’ve got it made. For some artists, one hit song might still be enough to keep them in the public consciousness – and “The Best Hits of the 80s, 90s, and Today!” formats. (One hit? Who does Deep Blue Something think they are, Fernando Cabrera?)

An inventor might fail one hundred times in a row… but if try No. 101 works, she/he’s a full-fledged success. The same goes for laboratory researchers, hopeful authors seeking a publisher, young job-searchers, college applicants, and the nervous 20-something about to dive into the world of online dating. One hit balances out all other failures.

Think about that, and ignore Pete Rose and his statistics.

Whether you’re a batter or not, you still might find:

The odds are in your favor.