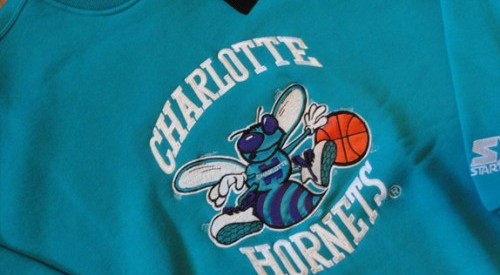 Charlotte Hornets: Where to go from here

The team that was once the New Orleans Hornets is now the New Orleans Pelicans. The reasons for the name change are no doubt myriad. But perhaps chief among them is that team owner Tom Benson, who bought the team from the leaguea little over a year ago, wanted to choose a name for the team that is more relevant to the New Orleans area. The Pelicans rebranding also signals a rebirth of sorts for a struggling Hornets franchise (the team has finished last in its division and failed to make the playoffs each of the last two seasons). And ironically enough, the birth of the Pelicans also greatly affected the fortunes of another struggling NBA franchise about 700 miles away in Charlotte, North Carolina.

Almost as soon as New Orleans announced their name change this past January, the rumors began to swirl that the struggling Charlotte Bobcats would take back the Hornets name that was made famous in North Carolina prior to the relocation of the franchise to Louisiana. This was a given considering that the “Bobcats” name had never won over the fans in Charlotte (not surprising, since the name drew inspiration in part from the nickname of unpopular previous owner Robert “Bob” Johnson, who jumped ship and sold the team in 2010). It almost made too much sense for the Hornets name to come back to Charlotte, where it had resided for 14 years before the antics of despised former Hornets owner George Shinn took the team away.

So naturally, perception became reality recently when it was announced that the Charlotte Bobcats would become the Charlotte Hornets.

Nobody can blame Charlotte fans (or owner Michael Jordan) for wanting to distance themselves from the Bobcats name as quickly and cleanly as possible. And not just because of unpleasant associations with the previous owner of the team, either. Since their establishment in 2004, the Bobcats have set the standard for futility in the NBA. In nine years of existence, they have finished with a winning percentage over .500 exactly once (in 2009, the same year they made their only playoff appearance), and produced only one All-Star (Gerald Wallace in ’09 also). Additionally, the team sunk to a new low during the lockout-shortened season last year, when they won only seven games for an abysmal winning percentage of .106 (the worst in NBA history). And the Bobcats’ reward for that awful season? The second overall pick in a draft where the gap between the consensus first overall pick (big man Anthony Davis) and the rest of the available players was considered enormous.

Indeed, the ineptitude of the Bobcats over the years could be described as an unlikely cocktail of terrible decision making and even worse luck. Even a cursory glance through the team’s draft history is a cringe-worthy experience. With their first ever pick, the Bobcats selected future role player Emeka Okafor, just one pick after future Hall-of-Famer Dwight Howard went off the board. That pick was celebrated at the time, but it certainly set the tone for the snake bitten existence of the heretofore hapless ‘Cats. Over the next five years, the team proceeded to make a slew of draft mistakes that were anything but defensible, even at the time. They famously used top five picks on Raymond Felton and Adam Morrison in 2005 and 2006, respectively. The two point guards selected ahead of the rotund Felton? Chris Paul and Deron Williams. In 2007, they used a top 10 pick on Brandan Wright. The player selected immediately after him? Joakim Noah. The list goes and on.

In the Bobcats’ defense, they were at least able to turn Brandan Wright into solid swingman Jason Richardson via trade, but J-Rich gave them only one good year before he broke down and was dealt for a slew of meaningless role players (once again, a potent mix of terrible decision making and bad luck). The year after the Wright debacle, the Bobcats selected perennial benchwarmer DJ Augustin, only to watch the Nets take Brook Lopez with the very next pick. Charlotte then confounded the mistake by selecting Alexis Ajinca (who ultimately played a grand total of 37 games in a Charlotte uniform) later in the first round, with Serge Ibaka, Nicolas Batum and a host of future stars still on the table.

It’s easy to make the claim that the Bobcats aren’t particularly bad off; that every expansion team is terrible in the first few years of its existence. But by virtue of being so terrible, expansion teams typically draft so high each year that they are exceedingly likely to at least luck into a star player at some point. In recent memory, the only “late-bloomer”expansion franchise comparable to the Bobcats has been the Grizzlies. But even they won 50 games in their ninth season and made the playoffs. The Miami Heat made it into the playoffs in their fourth season in the NBA. So did the Orlando Magic. The Raptors got there in the fifth year of their existence. And all those teams went on to at least a few years of playoff relevancy following that initial breakthrough. The Bobcats, on the other hand, are in their ninth season with only one somewhat fluky playoff appearance to their name, and only marginal hope for another in the near future.

Another team worth noting in this discussion of expansion teams is the original Charlotte Hornets, the team whose largely successful ghost hangs over the Bobcats franchise. While these Bobcats can’t catch a break, those Hornets of yore could seemingly do no wrong. In the expansion draft of 1988, the Hornets picked up Tyrone “Muggsy”Bogues, a useful player who nearly led the league in assists multiple times. They followed that up by selecting, in three consecutive drafts, Kendall Gill, Larry Johnson and Alonzo Mourning. Those three players would form the backbone of many memorable ’90s Hornets teams, and accrue nine All-Star berths between them. The Hornets made the playoffs for the first time in their fifth season, and would go on to make the playoffs seven of the next eight years, averaging 48 wins during the regular season over that span.

But for all their success on the court, the Hornets had an appeal off it that explains why Charlotte fans are clamoring for their return. ‘Zo and “Grandmama” were cool.  They were on TV, and in commercials. They helped make teal the go-to color for an unacceptable number of professional sports teams in the 90s (Jacksonville Jaguars, Washington Wizards and Detroit Pistons, I’m looking at you). They had the coolest mascot. And their logo was plastered all over the backpacks, starter jackets and snapbacks of adolescents all over America. Even with their MJ connection, the Bobcats can only aspire to that level of coolness, largely because they have never never able to acquire a transcendent star player (the way the expansion Magic did with Shaquille O’Neal, or the Raptors with Vince Carter) through the draft, or otherwise.

Certainly, if the Bobcats are cursed, Charlotte is hoping they have exorcised their demons by reacquiring the “Hornets” name.  Already, things had been looking up. The team has a general manager who is considered one of the brightest in the NBA in former Trailblazers honcho Rich Cho and it may be still too early to say, but the team appears to have actually done a serviceable job in the last couple of drafts. As a result, they have two legitimate building blocks in Kemba Walker and Michael Kidd-Gilchrist, and a potentially exciting prospect in BismackBiyombo.

Despite all that recent good news, though, the 2013 Draft is looming, and this has typically been the time of year Bobcat fans dread the most. Indeed, in the recent draft lottery, Charlotte beat the odds (in a bad way) once again, earning the fourth selection despite having the second worst record in the league. But this isn’t a draft with many obvious future stars, that means the teams who draft well will do so by finding some unlikely gems. In the past, the Bobcats have proven pretty adept at finding the duds in any draft.  This time, though, with a new lease on life (and hopefully a little luck) in hand, fans have cause for hope that it will be the next Larry Johnson or Alonzo Mourning, rather than the next Adam Morrison, that the reborn Hornets will be drafting.