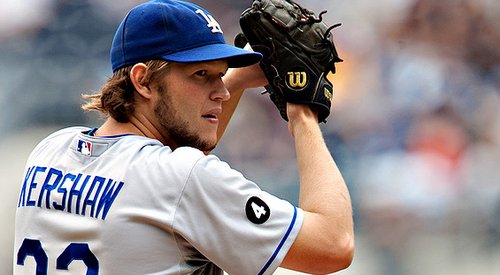 The ABL, filled with Australian hopefuls and an occasional minor leaguer, has been growing in popularity since its rejuvenation in 2010. You can now find pro baseball bats all over Australia. Finally profitable, a Major League series is the perfect spark to ignite the increasing public interest in Australian baseball.

With that in mind, here’s what this Australian fan and owner of a third-base line ticket is most looking forward to when the feuding Los Angeles Dodgers battle the Arizona Diamondbacks:

Whenever you hear about the transition from lower leagues to the show, the most talked about adjustment is speed. It’s the same with all sports: college basketball to the NBA, college football to the NFL, AAA to the Majors. The main difference is speed. Pitch speed, bat speed, defensive play speed. If you can’t adjust to that extra click then you’re destined to fail. And speed is something you just can’t appreciate on a monitor or television. There tends to be a couch-athlete mentality, the ‘oh, it doesn’t look that hard’ approach. But when you’re in the stadium there can be no mistaking that fastball sizzle, or that slugger’s bat’s whoosh.

A Kershaw fastball punching into the catcher’s mitt.

A hitter squaring up a fat pitch and launching it into an excited patron’s grasping hand.

An umpire growling a third strike call and a frustrated hitter swearing under his breath.

An upbeat infielder pumping up his comrades.

The sound of baseball unfiltered through any broadcast. That’s what I’m most looking forward to. Being as close as possible to the natural melody of Baseball.

One only has to look at this promotional video to see how MLB markets itself: on its stars. Baseball is one of the ever-evolving narratives on the sporting shelf. Baseball is a thickly-spined book and the pages are decorated with heroes and villains. The reason fans flock to the game is to see what will happen to those characters. To see when they triumph and when they fail. The money is in the stars, and for Australians, this will be their best opportunity to see their favourites up close. To see the mannerisms you can’t pick up on camera. To see how focused a player is before his at-bat, or how the pitcher strides to the mound at the beginning of an inning. The action itself, the hits, the strikeouts, are the meat of the narrative, but the insignificant behaviours of the characters are what adds flare and colour to the performance.

It might seem fairly insignificant, but you have to remember that Australians can only watch baseball when it’s televised or streamed online. We never get to witness what occurs between innings. We don’t get to watch warm-up pitches, or the infield practicing drills. This fan is going to cheer crazily whenever the grounds crew rakes the infield.

It feels like being in prison when on the broadcast we see the fans. They don’t know how lucky they are to be able to access baseball the way they do. It’s in the papers, on television all the time, and it’s happening nearby. They can go and see a game whenever they wish. Then we get to see footage of them buying confectionery and hot food, holding signs, cheering, jeering, and moaning. They don’t know how good they have it. If they shout loudly enough the players can hear them. If we shout loudly enough our neighbours can call the police. They influence the mood of the game. They breathe the same elated air as the triumphant players, or they exhale the same disappointment. Happy or sad, they are a part of the mood of the stadium, of baseball. We are separate. We are in our Island cell (yes it’s actually a continent) and no matter how much we cheer or how happy we are we will always be separate to the game. But for one series next year, we get to make up the mood. We get to scream and cry. If we yell loudly enough the players might not understand our accents, but at least they’ll hear us.

For many, this will be the physical reward for a lifetime of long-distance worship. A chance to finally contribute to the canon of a sport we love, no matter how strange it is that we find ourselves drawn to a sport that belongs to and is so wholly embodied by another country. Finally it is an opportunity to justify and express a love that so few of us feel.

Next March, if I happen to take a Matt Kemp liner to the forehead, I’ll be the happiest fan on earth.