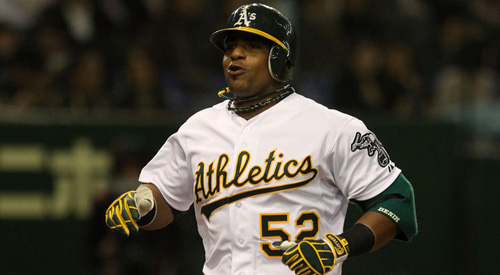 2012 marks the inaugural year of the second Wild Card, a long-awaited (for some) expansion of Major League Baseball’s postseason. Some like it, some hate it, but there’s no denying that it’s made the final month of the season that much more exciting thus far. It’s creating new storylines and putting importance on games that may not have had any if only one Wild Card playoff berth existed.

More teams are in the playoff hunt which, by definition, is awesome. But it’s not just the amount of teams still in that’s peaking interest; it’s which teams that are in the hunt. There are a few new faces in the playoff picture, arriving in ways that we haven’t seen in a while.

If the playoffs ended tomorrow, the Yankees, Rangers, White Sox, Orioles, Athletics, Nationals, Reds, Giants, Braves and Cardinals would be into the second season. Obviously the Yankees, Rangers, Giants and Cardinals are playoff veterans, thanks to multiple World Series appearances in recent years. The Reds, Braves and White Sox have been around the block in October the past few years as well. But the other three – the Orioles, Athletics and Nationals – are entering rare territory as playoff newcomers.

Oakland hasn’t made the playoffs since 2006, Baltimore hasn’t been in the postseason since 1997, and the Nationals – as a franchise – hasn’t played October ball since 1981 when they were Le Expos. Making this even more fascinating is that, as the great Randal Graves said: “they weren’t even supposed to be here today.”

Yes, Washington has been on the rise since bottoming out (or lucking out?) and getting two franchise-altering picks in consecutive drafts, but no one expected the Nats to have the league’s best record by mid-September. As for the A’s and O’s, only Biff Tannen could have seen this coming. In fact, of the three years that saw the five-plus droughts quenched, 2012 could be the only year where none of those three teams experienced winning seasons the year before. In the 2010 class, both the Rangers and Giants had winning seasons before breaking their postseason slump (the Reds did not). In the ’07 class, the Indians and Phillies each had above-.500 years the season before (Colorado did not). These aren’t just new teams making the playoffs, these are new teams that few saw coming.

But there’s more. Should the postseason begin today, there will be seven new teams in the playoffs; a number not reached since 2007, which was the first time that happened in the new millennium. If New York and Philadelphia both fail to make the postseason (and there’s a decent chance that could happen), it would be the first time since 1989 that none of the Yankees, Phillies or Red Sox would grace baseball with their presence in October.

Oakland, Baltimore and Washington aren’t just new franchises into the playoffs, they’re bringing with them new blood. Each team has their veterans with playoff experience, but not many of them are the reason their teams are where they are. For Oakland, the timely bats of Josh Reddick, Yoenis Cespedes and Brandon Moss, plus the super-strong pitching staff are, simply put, getting it done. The large majority of the staff hasn’t sniffed playoff baseball (notable exceptions are the suspended Bartolo Colon and the recovering Brandon McCarthy). Cespedes is a rookie, Moss is a journeyman castaway and Reddick had some time with the playoff Red Sox, but spent more time on the bench than the field.

For Baltimore, two of their best players – Adam Jones and Matt Weiters – have never been in postseason races, let alone postseason games. Their veterans, however, the Mark Reynolds/J.J. Hardy/Chris Davis trio, all have strong postseason experience. The pitching is a different story. Closer Jim Johnson, with a league leading 43 saves, has spent his entire seven-year career not making the playoffs with Baltimore. Wei-Yin Chen and Miguel Gonzalez are rookies. Jason Hammel and Tommy Hunter have experience not as veterans on young teams, but as young part-timers on playoff-bound teams.

But this is baseball, and anything can happen; even the boring stuff. The Angels and Tigers could still make a run, knocking Oakland and/or Baltimore out of the playoff picture. Washington will certainly make the postseason, but could very well be knocked out in the first round without their ace pitcher anchoring the rotation.

Still, with Oakland and Baltimore on the cusp of breaking their slumps, and Washington days away from clinching their division, this proves that baseball is at its most exciting when new blood is making an impact. Extended postseason doesn’t just mean more teams playing in October, but new ones that are making a long-awaited return.