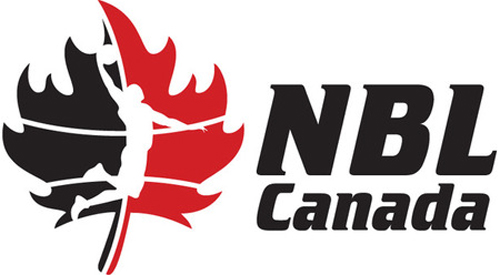 Levingston is one of the founders of the National Basketball League of Canada, a new professional league set begin play this October.

“There’s definitely a thirst and passion for the game of basketball in the country,” Levingston told the Canadian Press earlier this month. “We thought, if there ever was going to be a time to do it, it was now. The country needs it and wants it and we want to bring it to them.”

So far, the NBL is comprised of three teams: the Halifax Rainmen (where Levingston presides as President and CEO), Saint John Mill Rats and Quebec Kebs. All three teams were members of the Chicago-based Premier Basketball League, but withdrew amidst allegations of poor management by the PBL and questionable officiating.

According to the NBL‘s website, there are also five “pending” teams – one in Moncton, New Brunswick and four spread out across Ontario (London, Oshawa, Kingston and Barrie).

This isn’t the first time a professional basketball league has attempted to break ground in Canada.

The World Basketball League (1987-1992) featured up to six Canadian franchises, along with a height restriction; anyone taller than 6’5-6’7 weren’t allowed to play. When the WBL folded, the surviving Canadian teams formed their own version of the National Basketball League (1993-94). This league lasted less than two seasons, despite boasting eight teams across Canada.

The National Basketball Association of course expanded to Canada in the mid-90s with the birth of the Toronto Raptors and Vancouver Grizzlies. Since 2001, the Raptors have been Canada’s sole NBA representative. To their credit, Toronto has embraced its role as “Canada’s team” by televising their games nationally and playing pre-season games in various Canadian cities.

Despite the Raptors’ efforts, it appears as though there’s a greater demand for more professional teams in Canadian cities. The NBL hopes to supply that demand.

“Basketball is among the fastest growing and most popular sports in Canada,” the NBL states on its official website. “Over 600,000 Canadians ages 15 and older play regularly. Until now, Canada was the only country in the top 30 basketball nations in the world without its own professional league.”

Don’t forget about the history.

Canadian James Naismith created the sport and the first-ever NBA match (then known as the Basketball Association of America) took place in Toronto on Nov. 1, 1946.

Make no mistake, it’s impossible for the NBL to compete with the NBA. However, it can be a successful alternative. Timing is also a factor. A potential NBA lockout could be a huge bonus for the NBL.

“The timing is really intriguing,” says Sam Riches, freelance journalist and contributor to SLAMOnline.com. “If the NBA is locked out as expected next season, the NBL could serve to benefit, granting Canadians access to professional basketball within their communities and giving the NBL a huge boost of momentum. They are hitting markets that are starving for basketball. The three founding teams already have established fan bases, while the new targeted franchises such as London and Barrie have the demographics to fill seats.”

“This league was birthed from a failure of credibility. I think that says a lot about the mindset of the NBL owners and wanting to develop a league that fans will trust. An honest reputation will also attract talent to the NBL. North American players will have the option to remain close to home while playing for a league that can advance their careers.”

But given the juggernaut influence of the NBA and the almost instant failure of previous incarnations, can the NBL even survive?

There appears to be interest, albeit small – about 620 followers on Facebook, just over 500 on Twitter. There is also a sense of optimism coming from various sources.

One such source is New Jersey Nets assistant coach and former Raptors head coach Sam Mitchell. The 2006-07 NBA Coach of the year took part in the NBL’s launch on May 12 and supports the initiative.

“It’s a global game and there are so many players available to stock the teams and this league,” Mitchell told TSN.ca. “It is a good concept for this country.”

Canada Basketball, the organization in charge of the men’s and women’s national teams, is also on board.

“Canada Basketball is always excited when there are new opportunities for Canadians to play basketball in Canada,” said Michele O’Keefe, Director of Basketball Operations via e-mail.

There are, however, those who are not as convinced.

Ian Shantz of the Barrie Examiner – one of the Ontario cities with a pending franchise – feels professional basketball or any other pro-sports league wouldn’t work in his area.

“Pro organizations that don’t include a stick or puck are tough sells at the best of times, nationwide,” Shantz wrote in a recent column. “Could we honestly expect thousands, even hundreds, of basketball fans to pack into the Barrie Molson Centre in anticipation for some hot-ticket Barrie Big Boxes vs. Kingston Limestones matchup?”

“I find it interesting that many of these centers are in university towns such as Kingston (Queens), London (Western), Quebec City (Laval) and Halifax (Dalhousie and Saint Mary’s),” Walling wrote on May 13. “You could say they have a ready built-in market.”

For the NBL to successfully establish itself, there are a number of steps it must follow.

“Funding and sponsorship are obvious issues,” says Riches. “The demand is there and the talent is there, but they have to be able to put it all together.”

In the end, it all comes down to money and long-term planning.

“Without adequate financial backing, the league won’t have a chance to reach its potential,” says Riches. “Investors want to feel safe, so the owners are going to have to be convincing and transparent in the next phase of the league’s development.”

“They are going to have to stick to their stated goals, secure an adequate number of teams and construct a league that will attract the fans and the players that are needed for lasting success. If they become misguided in the process, or the league strays from its original focus, any momentum previously gained will disappear.”

Ticket sales and a television contract will be the clear indication if the NBL is moving towards the right direction. Until then, league organizers and those in the basketball community can only hope for the best.

However, if there truly is interest, demand and passion for basketball in Canada, the success of the NBL will have long-term benefits.