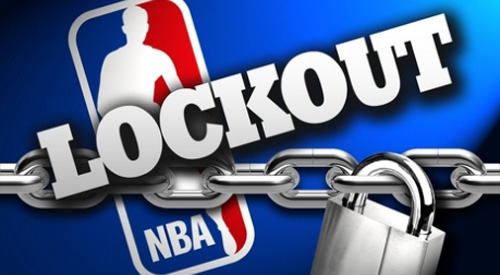 I was just a kid during the 1998 NBA lockout, old enough to understand the disturbing absence of basketball at the time, but not old enough to appreciate why everybody around me was feeling so insulted; why so many threatened to abandon the game altogether.

I’m older now (you probably are too), and this time around things are a lot more clear. I’ll explain.

Whether it’s because of the result of the access our improvements in technology have allowed us over the past 13 years or my own relative competence as an adult, the consistency with which I find myself disappointed with the NBA these days got me to thinking.

During the last lockout, our ability to communicate electronically was next to non-existent, but it certainly didn’t cripple us as it would today if all of our smartphones and Twitter apps suddenly disappeared. Unfortunately, as far as basketball is concerned, without good – and, specifically, relevant – news to consume, our current dependence on this massive sum of information is more of a curse than anything.

Where in the late 1990s we would casually watch SportsCenter or flip through newspapers with our morning coffees, hoping to catch an AP wire update about the labor negotiations, today we’re flooded with irrelevant lockout details whenever and wherever we decide to look.

But don’t blame the media for broadcasting their limited content wherever it’s available. Over the past four months we’ve all read the same general story written and rewritten in a loop, describing how both parties involved in the NBA lockout are interested in coming to terms on a new CBA, but neither desire it quite so much as to actually compromise. The dates and variables don’t matter.

For this, regardless which side fans may align themselves, both parties are to blame. That we, as fans, are constantly reminded of the league and the NBPA’s unwillingness to work through their issues is where things get personal.

I, for one, am of the belief that individuals and organizations should have the freedom to handle their own business whenever and however they feel most comfortable, even if such decisions may come off to the general public as unproductive, useless and selfish. I’m certainly not alone.

It’s become obvious over the course of the past four months that the owners involved in the NBA, and the union on the other side, are both very much interested in maximizing their income, every last penny. This, of course, is their right.

This right, however, is easily ignored in the “Billionaires vs. Millionaires” debate that so often dominates the public perception of what’s actually going on behind the scenes.

It’s easy to not feel sorry for a full-time athlete who makes in an 82-game season what some many never make in their working lives, or perhaps a wealthy tycoon looking to exaggerate the numbers on their annual reports looking to maximize a nine-digit investment.

But just because the parties involved are so well-off, however, that doesn’t mean that they don’t deserve to toil painstakingly with their collective bargaining agreement until they’re 100 percent comfortable with the income they’ll be yielding from their products.

Sadly, with that said, no necessary secessions to cross-class equality justify the circus that the NBA has become since the league officially locked out in July. As I mentioned before, we – the fans – still have every right to be upset, offended and insulted with how the league and the union have decided to present themselves, and here’s why.

As the grandeur of a professional sport often muddies the picture, imagine another example. Let’s say that an everyday company like Walmart is in dispute over some legal fine print that affects only a certain few stakeholders involved, perhaps company executives and the administration of their distributors. Regardless, the stores are closed while the parties struggle to come to an agreement.

Given the above scenario, we would be in the wrong to demand an immediate resolution, since Walmart at the end of the day is a business, an asset owned by an individual or individuals looking to maximize their profits. No amount of consumer sulking would bring such a debilitating work interruption to an end, even if it means we have to drive somewhere else and buy a different product that never really wanted anyway.

But there is a silver lining, and that’s that the resentment fans are feeling toward the league is just. It may not be much, and it may not be enough, but it’s better than nothing. We don’t have to pretend that the NBA isn’t a business in order to justify our growing animosity.

At some point down the line, the NBA’s financial situation is a chess match, to both owners and to athletes alike. It might be wrong to judge them for trying to cash in when and while they can but that doesn’t mean the hatred that’s growing inside you, the gradual death of The NBA Fan, won’t one day have its own impact.

Ask any business owner and they’ll tell you that labor negotiations are a necessary evil, but pretending they’re more important than customer relations is an easy way to lose an audience. The kids outside in the cold putting shots up on basketball goals might not understand it while they’re young, but fan innocence only lasts so long.