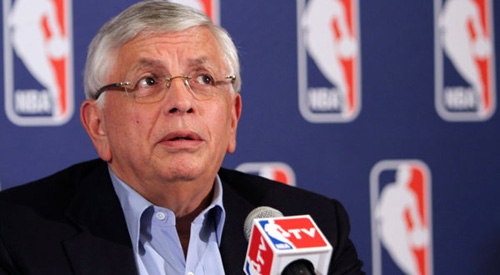 Why the NBA in summer makes sense, and why it will never happen

Anyone closely paying attention to the NBA lockout has been aware of the numerous idle threats thrown about by both sides to try and sway public opinion in their favor. These threats – and this lockout – are the results of extreme stubbornness and both sides cutting their slices of the hypothetical profits before figuring out how to best make as much profit as possible.

For good reason, both sides are scared of change. NBA players have it very well and don’t want it any worse, while the owners need to be careful about spending hundreds of millions of dollars and want stable, unchanging mechanisms in place to ensure their profits.

The primary move of the NBA players has been threatening to play overseas, or, should I say, to think about playing overseas. Of the big name talent to threaten to do so, only Deron Williams has actually gone, and considering his Besiktas team has been eliminated from EuroCup league competition (thanks to his stellar 7 points on 3-13 shooting and six turnovers), he may be on his way back facing the same amount of idle time as before. Kobe Bryant is likely never to play professionally in Italy, but every time the threat that he’ll sign with Virtus Bologna comes up again, Jerry Buss’ stranglehold over his franchise weakens by a fraction.

The side of David Stern and the NBA owners has been much more creative in their threats. From the beginning, owners have been putting the onus on the players to decide whether there would be a lockout, and now on them to decide how long it will last. As it is their jurisdiction, each time Stern is forced to cancel more of the preseason and soon the actual season, it becomes a media-imposed deadline for the players to make a stand or concede.

In a wash of numbers, percentages and acronyms is something else Stern mentioned that is of interest, though. On October 6, in extending the possibility of a regular 82-game season, Stern remarked that they could continue an unshortened season and push the overflow games into the summer months, though it would be hard to do.

“Given the building issues with our buildings now pressuring us to allow them to book dates [on dates that are currently reserved to house NBA games], and given the schedule of our TV partners, and given the fact how much household viewing declines after our draft, I’m not sure, how easy that would be,” Stern told the Associated Press.

During the last lockout, players and fans bemoaned the shortened season, citing it as the reason for everything from poor play to undeserving champions. Public perception places an asterisk on the season and there is no reason to believe fans will treat a shortened 2011-12 season any differently.

Even though it seems to have died as a news story, most likely because Stern had been using the idea to blow smoke, it is a good one. It makes financial sense to keep an 82-game season intact simply because more games equals more revenues, and sharing an equal amount of a smaller pool of profits benefits neither side. The contentious issue, however, is just how big of an audience an NBA Playoffs and NBA Finals will draw in summer months.

The reason TV networks show re-runs of old shows and a constant string of game shows and reality TV is because audiences are typically lower in summer months. As television revenues rival gate revenues as the chief source of income for an NBA team, the owners are likely to steer their product to be best accommodated to cash in on those revenues. Crucial to this is that the NBA makes high numbers in the all-important “sweeps” months of November and February. Broadcasters and advertisers use the numbers gained in these months when establishing rates for certain programs and timeslots, and more eyeballs on NBA games means they can charge more to advertise during NBA games.

Of course, this is all that has worked traditionally. There has never been a better time for change, and never has the consumer behavior of NBA fans been as likely and willing to change as it is now. As the Heat and Mavericks played into the middle of June, sports radio hosts and Twitterati harped on negatively about the Finals going into the summer. But now the media is becoming fed up over the complete absence of basketball, and there is real hate in these words.

While it makes sense for hockey fans to be concerned because their sport is played on ice, the only things holding a basketball fan away from mid-summer NBA playoffs is their obsession with tradition and the convenience of not changing it.

Let’s imagine another scenario. To keep the annual tradition alive and well, if not boost the importance of it, let’s say the NBA season starts on Christmas day. Keeping with an 82-game schedule: All-Star Weekend gets better weather, the playoff race begins to really heat up in late May, and this runs the Finals into late July or perhaps even early August.

Instead of competing directly with the NFL during the beginning of the NBA season and the NHL for virtually their entire schedule, the NBA properly fills in a barren few months where only baseball is on the calendar. NFL-obsessed writers have a few more months to consider basketball, and in the late season/playoffs when it matters most in the NBA. It gives the beginning of the NHL season and Stanley Cup Final both higher profiles, feeding profits into many of the same buildings used by the NBA. Baseball benefits, too, in that the intense scrutiny of the sporting press isn’t focused solely on them. Distracted by the NBA Finals, fewer sportswriters will spend the early months of the MLB season insisting baseball is antiquated, adamant in their solution to change the game to a more watchable format.

The other major sports benefit from having the scandals of other major leagues to shift the focus, and baseball tragically does not. Basketball can fill this void for the good of all fans of sports in North America.

In bringing the NBA into the summer months, new traditions can be established, such as replicating the marketing push towards Christmas Day games for a July 4th weekend blockbuster of playoff games. In the way Americans are glued to football on Thanksgiving weekend, the first or second round of the NBA playoffs can run rampant during the Independence Day long weekend.

While we’re maximizing what we have, Bill Simmons’ idea for the “Entertaining as Hell Tournament,” which is a double elimination tournament for the eighth seed in each conference, would absolutely be must-watch television. When NBA players sell out pick-up games where they play no defense, there is no doubt as to whether any of these games will sell out (especially if they’re in Vegas, per Simmons’ suggestion). If you also somehow initiated a Premiere League-style system of relegation, the entire spectrum of sporting drama could unfold within a matter of weeks.

Too bad there is no real possibility of any of that happening, ever. In equal parts, common sense and stubbornness stand in the way.

When it comes to the likelihood of the NBA in the future, “if” comes before “when.” Unfortunately, Stern and the NBPA are still at the point of negotiating “whether they can either have a season or not have a season,” according to the New York Times. For the first time, David Stern publicly acknowledged that the threat to cancel the entire season has been made. Stern has stated a decision – season or bust – could be made at any point beyond Monday.

The NBA players and owners as a whole are in charge of their own fate. Broadcasters will be very weary of spending top dollar for programming in the ratings-light summer months, and for good measure, but the industry of broadcast television is changing and audiences are ready and willing for change. People will watch NBA players do almost anything, especially if they’re playing the most amazing basketball in the world, but at some point they need to evaluate what is actually the best product they could be offering. Judging from the online attention and huge numbers of viewers shelling out for pay-per-view access to superstar-studded pick-up games, there is an enormous appetite for world class professional basketball that is not being fed.

Maybe owners and players don’t want to give up their summer vacations, but if it meant an extra billion or so dollars that comes along with the July to August ratings bonanza that this may generate, surely the profits will turn them around. If they are smart, this is something the NBA has at least thought about, or why else would Stern have mentioned it?