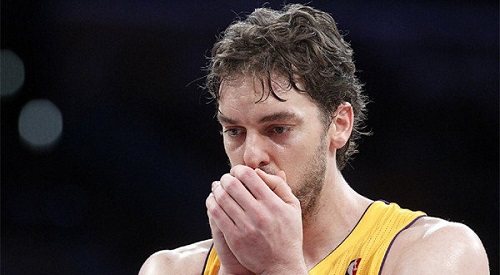 In the NBA, the writing has been on the wall for quite some time now. Teams are getting smaller, and the action is increasingly moving away from the basket. This isn’t necessarily a new trend, but it has been a somewhat controversial one. Coach Doug Moe was a pioneer in the 1980s with his running and gunning Denver Nuggets teams that emphasized ball movement, screens, and cuts. That approach evolved into the more recent “Nellieball” and “Seven Seconds or Less” systems employed by Coach Don Nelson of the Warriors and Mike D’Antoni of the Suns (and currently of the Lakers), respectively.

In addition to making prodigious use of the three-point shot, both Nelson and D’Antoni were notorious for employing “small-ball” lineups in an attempt to push the pace and exploit matchups. As entertaining as those teams were though, they often fell short in the playoffs when the defense tightened up and pace inevitably slowed down. None of those exciting Suns or Warriors teams ever reached the NBA Finals. In fact, many critics argued that no team could ever win a championship playing small-ball. Those traditionalists claimed that a “true” big man and dominant interior play were a necessity to win a title. For those critics, it may have seemed like the ultimate justification of their beliefs when the Los Angeles Lakers repeated as NBA champions in 2009 and 2010, led by the gargantuan duo of Pau Gasol and Andrew Bynum.

But in 2013, small-ball is back in a big way. Two years ago, the Dallas Mavericks captured an NBA title behind the transcendent performance of the prototypical perimeter-based big man, Dirk Nowitzki. A year later, the Miami Heat picked up a ring using their new brand of “position-less” basketball that featured one-time point guard LeBron James at power forward and the so-called “Rupaul of big men” Chris Bosh at center.

Lately, as other elite teams follow the lead of the Heat, the hot button issue has been whether the Heat may have jump-started a revolution with their position-less experimenting. In Oklahoma City for example, string-bean Kevin Durant is logging minutes at power forward for the defending Western Conference Champions. And while plodder Kendrick Perkins still largely mans the middle for Oklahoma City, many fans are calling for OKC to ditch Perkins and go with a smaller lineup on a permanent basis. At the same time, the Lakers, who have traditionally relied on dominant big men to amass their numerous NBA titles, have shackled seven-footer Pau Gasol to the bench in order to fulfill the vision of small-ball maestro D’Antoni.

All this would seem to signal the death knell for larger lineups and especially the “Twin Tower” combinations of the past (think Olajuwon/Sampson in Houston or Duncan/Robinson in San Antonio), but in reality there have been some chinks in the armor of the seemingly invincible Heat that may prevent the rest of the league from so readily adopting their patented position-less approach. Forget that most teams simply don’t have the wealth of versatile, talented stars the Heat have. The primary concerns about a small-ball approach have always been rebounding and interior defense, and Miami has struggled mightily in those areas thus far this season.

Of course, Miami currently resides comfortably atop the Eastern Conference, so no one is likely to push the panic button quite yet. But the fact that LeBron and co. are currently at the bottom of the league in total rebounds while their opponents rank third should be somewhat disconcerting, as should the fact that the Heat are dead last in opponent shooting percentage at the rim, according to hoopdata.com. In fact, opponents convert over 70 percent of the shots they take at the rim against the tiny Heat frontcourt, truly an embarrassing stat for a team that has prided itself on defensive accomplishments.

All this adds up to a fairly predictable result: the Heat struggle against large frontcourts. The good news for Miami is that such frontcourts are not found in abundance in the NBA of 2013. But there is at least one team that could give the Heat and other small-ball wannabes trouble in the playoff: The Memphis Grizzlies. The tough, defensive-oriented Grizzlies are somewhat of a throwback in general, and their two star big men are indicative of that. The meaty duo of Marc Gasol and Zach Randolph resemble a WWE tag team, weighing in at a combined 525 pounds (at least). The two bangers are simply enormous, and they excel around the basket, where Miami is most vulnerable: Randolph takes nearly half his shots in the restricted area while shooting 59% from there, and Gasol shoots a ridiculous 64% from inside the circle.

Certainly, on paper, the Grizzlies seem like a nightmare matchup for the Heat, and that theory was certainly borne out of the one meeting between the teams so far this season back in early November. In that game, the Grizzlies cruised to a 104-86 victory over the defending champions, and Randolph punished the Heat to the tune of 18 points and 12 rebounds in 32 minutes (the Grizzlies also went on to beat the Thunder by double digits in their very next game). Granted, the Grizzlies have fallen off somewhat since that hot start, but one area where they continue to excel is on the defensive end, where they boast the highest defensive rating in the league.

The key to the Grizzlies’ success on that end is no secret: his name is Marc Gasol. The beefy 7’1” Spanish center is currently forth in the league in defensive win shares, and Zach Lowe of Grantland recently awarded him the (not quite) midseason Defensive Player of the Year Award. In that article, Lowe praises Gasol for, among other things, his “space-eating size”. Sounds like a quality the Heat, who blew all their money in the offseason on Ray Allen and Rashard Lewis instead of a legitimate center, could use right about now.

Another team that could stand to learn from the Grizzlies throwback mentality is the Los Angeles Lakers. It seems like the Lake Show has struggled in every facet this year, but in reality, looking at their numbers shows that they have suffered more on the defensive end (21st in defensive rating in the league) than offensively (currently seventh in the league). Obviously, the Lakers have their own dominant big man in Dwight Howard who has led the league in defensive win shares four times in a row, but his health is a big issue right now, and L.A. will continue to struggle until he is 100%.

In the meantime, another seven-footer, Pau Gasol, is festering on the bench. Gasol is not a great defender, but he certainly qualifies as a “space-eater”. He is also lengthy, smart, and can excel in the right team defensive situation. Gasol may not fit precisely into the offensive schemes of Coach D’Antoni, but the league may have truly gone insane when a team with two immensely skilled seven-footers simply refuses to use one of them.

Obviously, the “twin towers” approach is working for the Grizzlies now, and it has for quite some time. It has, in fact, worked with great success for the Lakers before. It is a mystery why they choose now to ignore that long history. They say that the more things change the more stay the same. In a league where position-less revolutions and advanced statistics continue to complicate matters, Marc Gasol and Zach Randolph are asserting that sometimes a little good old-fashioned ground and pound is the best recipe. Teams like the Lakers and Heat may be wise to, to some extent, follow suit.