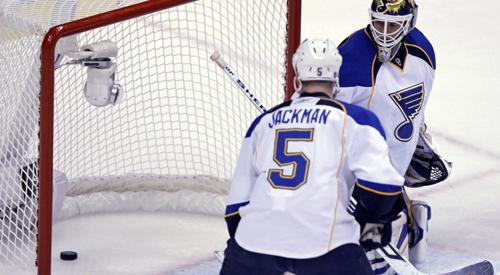 Equipment in sports is just as important as the players who use it – most obviously, the nets. When you take a look at the nets used in hockey, basketball and lacrosse, you’ll see three different targets. While you may not feel a particular devotion to any or all of these sports, a light-hearted comparison reveals some interesting results. The most interesting might be the relationship between net sizes and scoring between the three.

The NHL has gone through many changes in recent years, but one thing that has yet to change has been the size of the net, although it has been on the hot topic list among NHL big wigs. The current size of the net is 4′ x 6′.

For the past few decades, the NHL has averaged between five to eight goals per game, with shut outs becoming a common occurrence. Compare that to the young National Lacrosse League, that boasts a net size of just 4′ x 4.5′. It’s just three-quarters the size of an NHL net, but scoring numbers in the NLL put the Canadian winter pastime to shame. A shut out in lacrosse is about as common as a goalie getting a hat trick.

One of the highest scoring games of the 2009 NLL season was a 25-10 victory by the Buffalo Bandits over the Toronto Rock on Feb. 14. The following Friday saw these two teams combine for 33 more goals, with Buffalo on top again 17-16. The league average for combined scoring in a game is 23.39 goals, compared to the NHL’s 5.83.

The NHL is looking to improve the game by finding ways to increase scoring. They started by shrinking the size of goalie equipment and so far, it hasn’t really worked. There are rumours that they’re considering increasing the size of the net. Perhaps they should take a look at the NLL, where the smaller net sees four times as much scoring.

Okay, that’s silly. Despite all their similarities, it’s actually the style of play in the two sports that determines scoring and not the size of the net, but it’s still interesting, isn’t it?

Of course, that is until you compare it to the ultimate net – basketball.

A regulation-size basketball rim is a mere 18″ in diameter, but scoring in the sport can reach incredible levels on any given night. Sure, scoring by twos and threes helps – especially compared to hockey and lacrosse, which each count by one – but basketball is still the all-time champion for scoring.

The lowest score in an NBA game was a 62-57 victory for Boston over Milwaukee on Feb. 27, 1955. The lowest single-team score in NBA history was the 49 totaled by Chicago on April 10, 1999, on a night that fans and media alike can all agree that the Bulls just plain forgot how to score.

The highest field goal percentage in the NBA came from the 1984-85 Lakers, shooting .545. When an NBA team can break triple-digit point totals on any given night by scoring on half of their attempted shots, just imagine the kind of point totals you could see if .545 was the average and not the peak.

If the lowest NBA point totals can dwarf the highest of any other league, you might ask yourself ‘what is the most points scored in a game?’ Back in 1983, Detroit beat Denver 186-184. That’s 370 points. It would take the top-scoring NHL team more than a season to equal the total in this one NBA game.

The size of the net in a sport regulates the scoring. It’s just interesting that the larger the size of the net, the smaller total scoring there seems to be. This is clearly evident between basketball, lacrosse and hockey. I dare you to take a few minutes to think about how soccer would affect this trend.