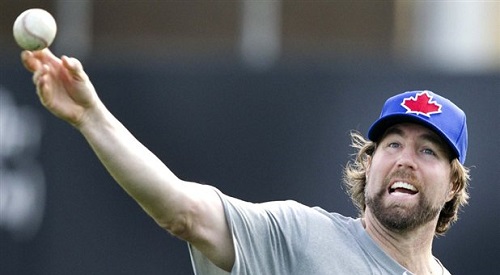 It’s the first day of spring training. Pitchers’ and catchers’ jock straps have been flicked, gear has been sweated into, hamstrings pulled, fastballs zipped, players yelled at, and coaches feel hopeful.

The days are so clear that if you stand on the top step of a grandstand in Florida, you can see the ballparks in Arizona.

Let this be the only warning you read. Spring training stats are trouble.

The average batting average (say that 20 times) of the top 10 hitters during spring training last season was .412.

The regular season average of those same 10 hitters? .265.

The average batting average during the 2012 season was .254 (blame Houston). So while the same 10 hitters combined became an above-average hitter, they were still well-below their spring training stats.

The average ERA of the top 10 pitchers during spring training was 1.40.

The same 10 pitchers’ average ERA during the regular season? 4.37.

The average ERA during the 2012 season was 4.01. So while the 10 earlier hitters at least outperformed the league average, the pitchers were unable to do the same.

In 2013, if Albert Pujols hit .100 in spring training, and this year’s Kawasaki hit .450 with six home runs, who would you trust more in the regular season? You can put faith in Pujols because he’s shown you a body of work that extends over multiple seasons at an excellent pace. Sure, a Kawasaki showed you a month’s worth of good times, but Pujols has a career’s worth.

Now if you’re watching a guy go against Verlander three times in a game and he takes him deep each time, pay attention. But if he’s hitting bombs against a 29-year-old car salesman, put a holster on that excitement.

There will always be players who time their tear for spring training. Even the hopefuls can have a few good games against the big-leaguers, but they don’t have the body of work that veterans do. They can’t be trusted. And unless they’re stud prospects, or previously-accomplished players returning from injury, there’s very little point in getting your hopes up.