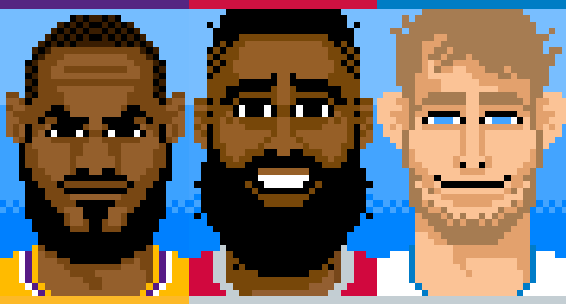 The first season-long fantasy WNBA format is back for 2022. This year's 36-game campaign will begin on May 6. Create your leagues and get ready for the draft. 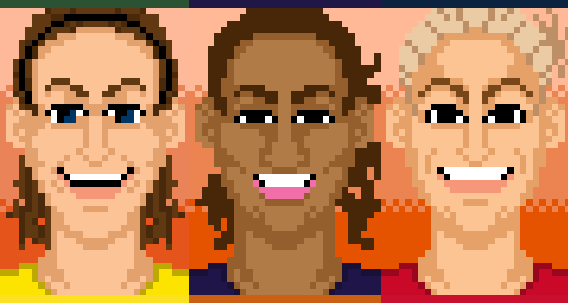 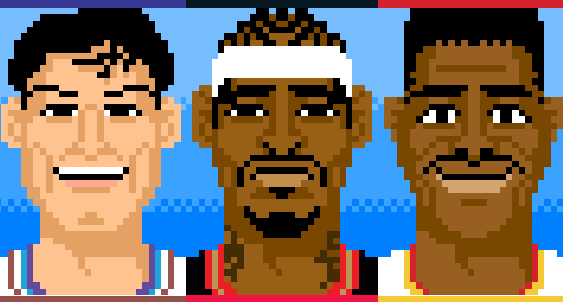 The trajectory of Jarrett Allen, one of the game's most intriguing young conventional centers, plateaued somewhat in Brooklyn as the Nets went from an overachieving team of upstarts to one headlined by veteran superstars. Still, Allen continued to show signs of promise. Now all of 22 years old, Allen will get his chance to be a part of a Cleveland Cavaliers core and his ceiling increases accordingly. The Cavs have a crowded frontcourt, yes, but no reason not to give Allen as much time and opportunity to develop as a long-term building block as he needs.Jarrett Allen Profile Page

It's been a long road back for Victor Oladipo, who missed much of the past two seasons to a quad injury, but the 28-year-old has looked solid in 2020-21. So solid, in fact, that the Rockets sought him back in return as part of the package they received in the four-team James Harden trade. Oladipo should be able to provide similar production in Houston to what he had been posting with the Indiana Pacers,Victor Oladipo Profile Page

One of the biggest winners from the monumental James Harden trade is Caris LeVert, or rather fantasy GMs that already have LeVert on their rosters. The big guard has shown time and time again that he's capable of great things when given the opportunity. Even when it seemed as though he'd be overshadowed by Kevin Durant and Kyrie Irving in Brooklyn he still found ways to flex his might on occasion. LeVert will join a solid Pacers program with less competition for touches and could see his production rise to new heights.Caris LeVert Profile Page

It's the end of an era in Houston and the start of a new beginning in Brooklyn. Suffice it to say, the move from the Rockets to the Nets will have a significant fantasy impact on James Harden. The 31-year-old will likely never have the ball in his hands as often as he did during his eight-year run but at least he'll be motivated to show up on a nightly basis again. Harden will still be a fantasy star - and could thrive so long as Kyrie Irving is out - but it stands to reason that his individual ceiling is lower on a team with Kevin Durant at the top of the pecking order.James Harden Profile Page

Among the many young players getting an opportunity to shine with a rebuilding Oklahoma City Thunder squad is Hamidou Diallo. The 22-year-old has shown that he can put up fantasy relevant point and rebound numbers if given the chance. Take a flyer on the 2018 second-round pick in dynasty or deep keeper leagues but approach the recent uptick in production with caution - anything can happen in broad scale player development situations like the one we're seeing in OKC.Hamidou Diallo Profile Page

After an impressive but limited rookie campaign last season, Zion Williamson has managed to match his production in 2020-21. Eventually the 20-year-old will be expected to improve upon the 22 and 8 stat line he's put forth but, for now, Pels fans and fantasy GMs can at least view the fact that he's been on the court consistently as a win.Zion Williamson Profile Page

The returns from LaMelo Ball's first few weeks in the NBA are promising as the 19-year-old has shown that his statistical floor is incredibly high for a rookie. That all-around production makes Ball a worthwhile add in virtually any fantasy format and a tantalizing addition in keeper or dynasty leagues. If - or rather when - he improves what he brings to the table as a scorer, the sky is the limit.LaMelo Ball Profile Page

Tyler Herro took his game to a new level in the bubble last summer and completely changed his short-term ceiling. That success has continued in 2020-21 as the 21-year-old has emerged as a threat to crack 20 or even 30 points on a nightly basis. The guard doesn't just get points, however, something that would be entirely understandable for somebody of his size and experience. As a result, Herro has appeal in re-draft leagues and dynasty leagues, he'll just need to become more consistent before he earns fantasy star status.Tyler Herro Profile Page

The Pistons surprised the hoops world when they signed 30-year-old Mason Plumlee to a three-year deal this offseason. While the big man doesn't exactly fit their rebuilding timeline, he's capitalized on the opportunity and emerged as an early bargain in fantasy. Plumlee will never be a big time scorer but he's rebounding more with his additional workload and even showing some additional playmaking ability.Mason Plumlee Profile Page

Matisse Thybulle made a name for himself as an elite perimeter defender in his rookie season so he'll be a mainstay in Philly's rotation for the foreseeable future. The question, for fantasy GMs at least, is what he's capable of offensively. We really didn't seen enough on that end of the ball in 2019-20 to justify rushing out to add him in redraft leagues and that hasn't changed through the first few games of the new season.Matisse Thybulle Profile Page