The Tampa Bay Buccaneers are on the rise and young quarterback Josh Freeman is just one of the many reasons why. Though they’ll have their work cut out for them improving on last year’s 10-6 campaign, they’re part of an exciting trend of youth and promise in the NFC South. Is a power shift brewing in the NFL? 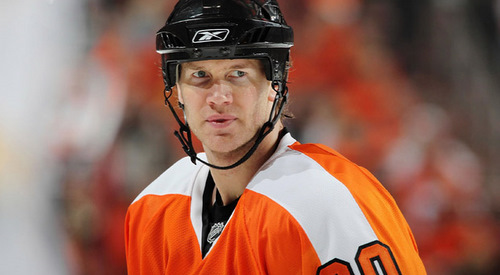 Though a future Hall of Famer, Chris Pronger has been somewhat of a journeyman over the course of the past half decade, bouncing around from team to team but somehow always finding his way to a winning club. Is there a reason behind the nomadic lifestyle and what does it mean for the rest of his career? 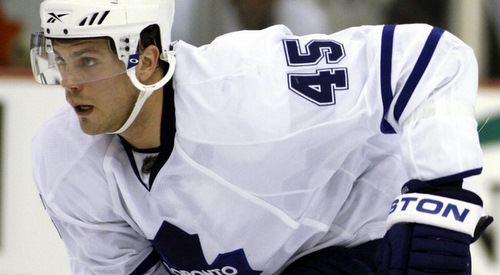 It’s happened before and it will happen again, a little-known hockey prospect taking the NHL by storm with a startlingly impressive preseason. When the player goes on to thrive in the regular season it’s a feel good story for all, but more often than not it’s simply just the disappointing result of The Viktor Stalberg Effect. 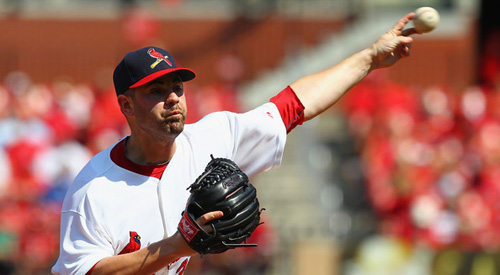 A midseason trade sent him from the Toronto Blue Jays to a veteran Cardinals team on the verge of an historic wild card run and Marc Rzepczynski couldn’t be more appreciative. The left-handed reliever opens up about the trade and what it means to play in St. Louis. 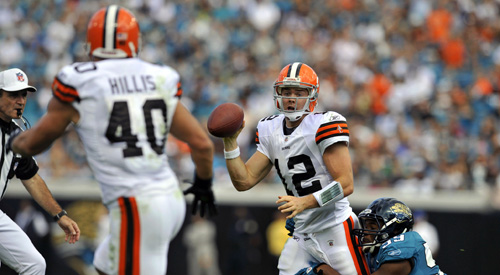 The Cleveland Browns have started the 2011 campaign with a record that matches those of the Baltimore Ravens and Pittsburgh Steelers. Is the early season success indicative of a power shift in the AFC North? Regardless, Colt McCoy and Peyton Hillis have this team on the right track. 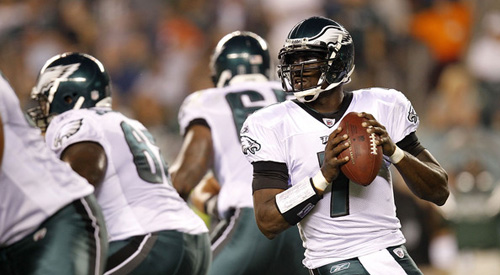 This summer, ESPN unveiled an innovative rendition of football’s quarterback rating, taking situational context into consideration when putting a statistical value on the contributions of the game’s QBs. The measurement has come under fire since its release, but does it deserve all the criticism? 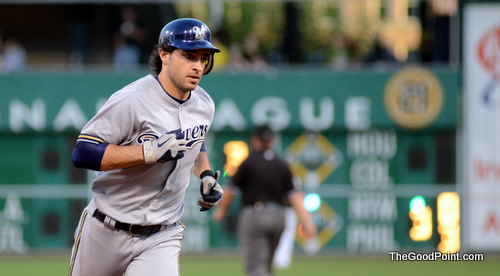 Ryan Braun is no stranger to success, the fifth-year Brewer has thrived on and off the field in literally every chapter of his career. Given his uncanny ability to come through when it matters most for Milwaukee and his laughably impressive slash lines, it’s no surprise that the 27-year-old is a favorite to win the 2011 NL MVP award. We pulled him aside to ask how he does it.

From east to west: The NHL’s Central Division 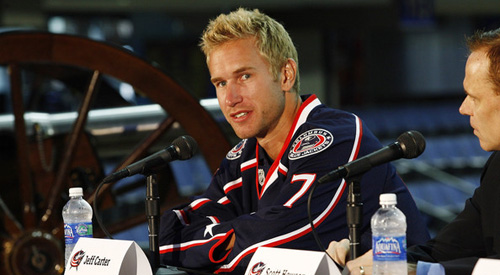 For too long the NHL’s Central Division has been much of the same, year in and year out, with the Detroit Red Wings ultimately standing the only legitimate chance of making noise in the Stanley Cup playoffs. Heading into the 2010-11 season, however, we may be looking at some new storylines. Specifically some that involve the newly-reloaded Columbus Blue Jackets.

Welcome to the new Good Point! 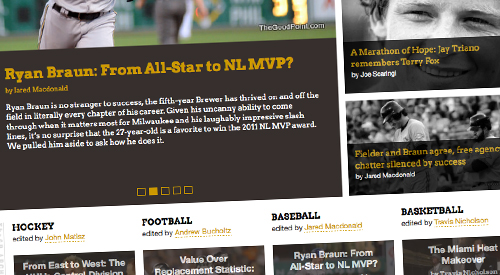 As you may have noticed, things look a lot different around here. We’ve opened the doors, but there are still things details to fix. Our apologies for anyone seeing things a little funny (or not at all), we’re working on fixing those details. [php snippet=1]

The Flame that never flickered 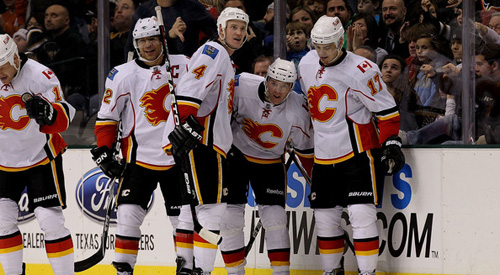 Time is running out for the veteran Calgary Flames if they hope to capitalize on the fast-shrinking windows of Jarome Iginla and Miikka Kiprusoff. On good days the aged pair are enough to guide the stagnant club to wins in the tough Western Conference, but they’ll need to find other signs of success if they hope to squeeze back into the playoffs.